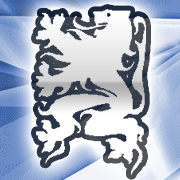 Top Posters In This Topic

finally my new effect has arrived and it's called "Crazy Word 0.1" by x0man , although it's ripped (with a little bit of help from KesMezar)  to get the gradient color squares on the aboutbox bg

2 new crack templates and a new keygen template :  in this keygen template i've keygenned Gilisoft privacy protector 11.0.0, but technically , the algo in masm is the same as Xylitol's did but th