The taggant is dead.. long live the umm.. 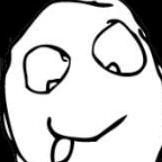 By evlncrn8,
April 30, 2018 in General Discussions and Off Topic